This trap for the unwary was effected by the state legislature in its 2006 amendment of the statute.  Prior to 2006, the statute simply provided that mortgages were automatically discharged 50 years after recording, absent the prior recording of an extension or affidavit that the mortgage had not been satisfied.  The 2006 amendment shortened the 50 year period to 35 years, but more importantly added the entirely new provision that, if a maturity date is recited in the mortgage, then it will be discharged 5 years after such maturity date, absent the timely recording of an extension or affidavit.  The 2006 amendment was also made explicitly retroactive to all existing mortgages.

The Ry-Co decision focused on one particular aspect of the statute – namely, whether the inclusion of a so-called “dragnet clause” in a mortgage that also includes a specific maturity date exempts the mortgage from the 5 year automatic discharge.  The Ry-Co mortgage stated on page one that it secured a $100,000 promissory note that was payable in July 1987.  The dragnet clause, which was buried on page seven of the mortgage, stated that the mortgage also secured payment of “all other obligations” of the borrower to the lender that either existed at the time or that might “hereafter arise.”  The judge in Ry-Co pointed out that Massachusetts courts have construed dragnet clauses narrowly and that “a future obligation purported to be secured by a dragnet clause will not be secured unless it is of the same kind and quality as the original obligation; sufficiently related to the original indebtedness such that consent of the debtor can be inferred; the new obligation incurred refers to the mortgage; or security of the new obligation by the mortgage was contemplated by the parties.” The judge concluded that there was no evidence that a new obligation had arisen or would arise between the mortgagor and mortgagee sufficiently related to the original indebtedness to have the mortgage secure the new obligation.  Accordingly, the stated maturity date of the secured promissory note controlled, and the mortgage was declared to have been discharged 5 years after that maturity date.  The judge also made clear that, based on the clear language of the statute, it makes no difference whether the underlying secured obligation has been paid or not.

Tagged in: FinancingMassachusetts Land Courtmortgage
Share this post
Broker Awarded Fees Where Lease Was Not Signed... This couldn’t happen in my mixed-use condominium….or could it?...
Prev. Next 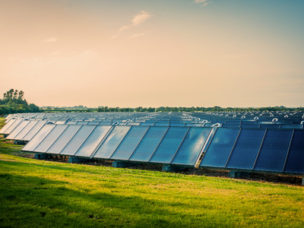