Although the “economic loss doctrine” has historically barred recovery of certain classes of tort damages, the Massachusetts Supreme Judicial Court recently affirmed an Appeals Court decision holding that the doctrine did not bar a condominium association’s negligent construction claim against a developer for alleged faulty construction.  The Court’s ruling in Wyman v. Ayer Properties. LLC, SJC-11474 (July 19, 2014), based almost entirely on equitable principles, represents a potentially significant shift away from generally recognized principles of tort recovery.

The economic loss doctrine establishes limitations on damages a plaintiff may recover in a negligence action.  The rationale underlying the doctrine is that where a commercial transaction goes awry – absent harm to persons or property – the resulting loss is essentially a failure to receive the benefit of the bargain, traditionally the realm of contract law.  Against this backdrop, the Wyman case was decided.

In 2002, Defendant Ayer Properties, LLC (“Ayer”) purchased a vacant mill building in Lowell, Massachusetts.  Ayer began converting the building to residential condominium units in 2003.  In August 2004, after several units had been sold, Ayer transferred control of the condominium to trustees made up of a consortium of unit owners (the “Trust”).

Soon thereafter, the Trust became concerned about the condition of the condominium building and retained an engineer to evaluate the building’s condition.  The Trust’s engineer identified three (3) major categories of concern:  (1) twenty-two window frames had suffered excessive weather damage and leakage beyond the common area into the individual units; (2) the roof was leaking, causing damage to insulation under the roof and to individual units; and (3) the exterior brick masonry façade was deteriorating.

The Trust brought suit to recover for negligent design and construction of the common areas.  After an 11-day trial, the judge awarded the Trust $140,000 in damages resulting from negligent design and construction of the window frames and the roof.  The judge reasoned that the defective window frames and roof had caused additional harm within individual condominium units, thereby satisfying the property damage exception to the economic loss doctrine.  The judge, however, found that defects to the exterior masonry did not extend beyond the masonry itself, i.e., it caused no damage to the individual units.  Accordingly, the judge held that the economic loss doctrine barred recovery for the defective masonry work.

Both sides appealed.  The Appeals Court found that the economic loss doctrine did not preclude damages to the exterior masonry work and reversed the trial court’s decision rejecting recovery for those damages.  The Supreme Judicial Court subsequently granted the parties’ request for further appellate review.

In its decision, the SJC noted that condominium ownership is a “hybrid” form of real estate interest, entitling the owner to an interest in both the individual unit as well as the common areas.  The Court further noted that unit owners cede control of the common areas to third-party condominium associations, which are the only parties with standing to bring claims relating to those areas.  The problem, as identified by the Court, is where, as here, the party exclusively responsible for bringing suit on the unit owners’ behalf (i.e., the Trustees) lacks privity of contract with the party responsible for the damage (i.e., the builder).

In affirming the Appeals Court’s decision, the SJC relied somewhat on equitable principles: “[T]he [economic loss doctrine] does not require a court to leave a wronged claimant with no remedy … the fundamental purpose of the rule is to confine the indeterminacy of damages, not to nullify a right and remedy for a demonstrated wrong and its harm.” The Court noted that the “rule is intended to preclude recovery for intangible and unknown damages for lost contract or economic opportunity.” Here, in contrast, the Trustees sought finite and foreseeable damages.

To further support its decision, the SJC noted that: i) an eleven-day trial established Ayer’s fault; (ii) harm was sustained to the common areas; and (iii) the Trust proved the precise amount of its damages.  There was no allegation of consequential and/or speculative damages, but rather, a “reliably proven amount needed to repair or replace the negligently constructed window frames, masonry and roof.  Thus, the purposes of the economic loss rule [had] little applicability in these circumstances.”

The Wyman case was decided on somewhat unique circumstances because the plaintiff Trustees did not have a direct relationship with the defendant developer/builder. Nevertheless, its holding serves as a cautionary tale. At its essence, the Wyman decision rests on equity. The Court ostensibly ignored the bright line standards of the economic loss doctrine. It was of no consequence that the Trust could not prove specific damage to individual condominium units (at least concerning the masonry work). Rather, the case turned on the lack of a remedy for damages which were straightforwardly ascertainable. It will be interesting to see if other jurisdictions adopt (or extend) this logic. A “complete bar” to recovery under one damages theory may not be so complete after all, especially where no alternative recovery is available. 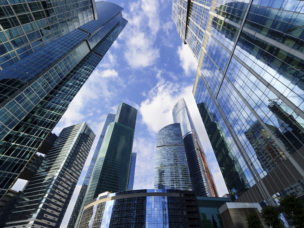