Developer wants to buy a prime parcel for shopping center construction. He approaches the landowner with a written offer to purchase. The landowner is seventy-five years old with three grown children and six grandchildren; the land has been in his family for generations. He believes that Developer is offering a great price. Before accepting the offer, Landowner’s lawyer suggests that rather than selling the property, he ground lease it and use the ground rent to fund a trust for Landowner’s family’s future needs.

If Developer is to build a shopping center on a leasehold interest in lieu of a fee, he needs a long term ground lease for at least sixty years. Landowner’s counsel advises not to enter into a lease for a sixty-year term, and suggests an initial term of twenty years with two twenty-year extension options.

Developer’s leasehold lender may be satisfied with a twenty year term with two such extensions provided that the ground lease allows her bank or its successor to exercise the extensions if Developer fails to do so. Lender may need the extensions to fully amortize the loan or to liquidate it if there are problems down the road. This would also be true for any future leasehold lender. Landowner wants the extensions available only if the ground tenant is not in default when the extension right is exercisable.  Lender finds that a reasonable position, but insists that her bank have the right to cure whatever default is preventing the exercise of an extension option, and all other defaults for that matter with ample notice and opportunity to cure. Lender argues that Developer’s leasehold interest is her primary, if not sole, collateral and she cannot allow the ground lease to terminate.

Here are some of the more salient issues that the parties need to resolve:

1. Curing defaults. Developer’s lender will require the right to cure defaults under the ground lease which Lender is financing. But what happens if Lender is unable to cure a default such as the ground tenant’s bankruptcy? In a bankruptcy, the ground tenant, or the bankruptcy Trustee, may either assume or reject the Lease, potentially terminating the Lender’s collateral. In that scenario, the ground lease must require that Landlord enter into a new lease for the remaining term with Developer’s mortgagee on the same terms and conditions of the rejected Lease.

3. Financeability of Ground Lease. Both Landowner and Developer must appreciate the importance of including certain provisions in the ground lease to make it financeable in order to allow construction of the proposed shopping center. Subleases provide the cash flow to service Developer’s leasehold mortgage and must be recognized as the leasehold lender’s, not the fee mortgagee’s, collateral.  Landowner, therefore, must be assured that the leasehold lender is capable of underwriting a loan and will not approve tenants with insufficient credit to backstop the loan.

4. SNDAs. Developer, as ground tenant, will want a subordination, non-disturbance and attornment agreement (“SNDA”) with the fee mortgagee, if Landowner defaults on his mortgage. Developer needs to protect his interest in the ground lease, as do his subtenants under their subleases. An SNDA will provide that in a foreclosure of the fee mortgage by Landowner’s bank, the winning bidder at foreclosure will recognize and not disturb the ground tenant provided that the ground tenant is not in default under the ground lease. Likewise, Developer’s subtenants want SNDAs with both Landowner, as ground lessor, and Landowner’s fee mortgagee. The subtenants will be making substantial improvements to their leased premises and regardless of who becomes their direct landlord, subtenants don’t want their subleases disturbed as long as they themselves are not in default under their respective subleases.

5. Casualty and Condemnation. The Developer, as the ground tenant, and the subtenants must also agree on certain ground Lease provisions regarding casualty and condemnation. They need the fee mortgagee to allow release of insurance proceeds for restoration consistent with the ground lease and sublease provisions, particularly those of the anchor tenant. Release of insurance proceeds should be independent of the existence of any default under the fee mortgage. Fee mortgagee cannot be allowed to apply the insurance proceeds against its loan as long as the subleases, particularly those of any anchor tenants, are in effect.

6. Here are some additional issues to be considered to make a financeable ground lease:

b. No amendments to the ground lease without consent from the leasehold mortgagee; Ground lessor’s and lessee’s consent alone are not sufficient.

c. Developer’s Lender will seek to limit its liability to the period that it actually possesses the premises which doesn’t include mere foreclosure of the leasehold mortgage. Landowner wants the leasehold mortgagee to cure all defaults under the ground lease not cured by the Developer to preserve  its collateral; both monetary and non-monetary defaults. Leasehold mortgagee will seek sufficient time to cure defaults which may be longer than those allowed to the ground tenant under the ground lease. Leasehold mortgagee may be a large bureaucracy that requires internal approvals before taking possession or making any important decision affecting its collateral. It may need an appraisal and confirm that there are no potential environmental liabilities or structural issues with the buildings.

d. Control of insurance proceeds in the event of a casualty in order to repair or restore the premises. Landowner may seek a trusted escrow agent to distribute the proceeds properly and make sure that proceeds are adequate. If not, the ground lease and the leasehold mortgage will require Developer to contribute additional funds. But the leasehold mortgagee will want to act as escrow agent, since it has the greatest incentive to insure restoration is done properly in order to preserve its collateral value.

e. If there is a foreclosure, leasehold mortgagee will want Landowner to allow it to assign the ground tenant’s interest to as broad a universe as possible in order to facilitate liquidation of the loan. If Landowner insists on some limits as to who becomes his primary tenant, the parties could agree on parameters broad enough to satisfy both parties. If there is a refinancing of the leasehold mortgage, a financial institution with a credit rating equal to or better than Developer’s bank should be satisfactory without Landowner’s consent since ground tenant’s net worth and credit were sufficient to make the ground lease, similar criteria may be used for its successor.  Landowner may require that Developer not assign its interest until the shopping center is built and stabilized. Developer’s lender will appreciate that requirement as well.

No matter what side of a transaction one finds herself on, counsel must become involved early on.  Sherin and Lodgen has the lawyers with the breadth of experience and expertise to provide guidance and counsel on all aspects of a ground lease financing.

Gary M. Markoff is former managing partner of the firm and a member of the Corporate and Real Estate Departments.

Read More Posts LinkedIn
A Major Danger To Commercial Property Owners (And Their Lenders) — The Protective Safeguard Endorsement To Property Insurance Policies... Subordination, Non-Disturbance and Attornment Agreements in a Nutshell...
Prev. Next 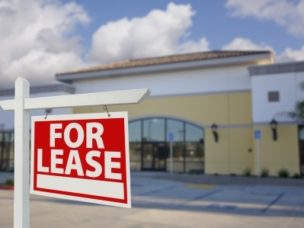