Consider the following fact pattern: Employer makes the decision to terminate a senior-level Executive. This is a without cause termination scenario. Under the terms of the applicable Employment Agreement, Executive would have otherwise continued to receive salary payments of $42,500 per month for sixteen months, totaling $680,000 over the remaining duration of the contract term. The Parties enter into a Separation Agreement, including general release of claims, whereby the Employer agrees to pay Executive a monthly severance amount over the remaining sixteen month period. This would otherwise appear to be a relatively straightforward severance arrangement, except the express terms of the Separation Agreement provide for the payment of $680,000 per month — a figure that was specifically inserted in the agreement by the employer’s in-house legal counsel and executed by the Chairman— for a total severance pay-out of nearly $11 million.

At a practical level, clearly there must have been some kind of mistake here, right? That is what the U.S. District Court found in an action brought by the employer seeking reformation of the severance agreement, noting “[i]t strains credulity to think that a company would increase a severance offer sixteenfold above the amount fixed by an existing employment agreement.” See Dahua v. Technology USA, Inc. v. Zhang, 433 F.Supp.3d 41 (D. Mass., Jan. 9, 2020) (granting Summary Judgement in favor of the employer, finding “no genuine dispute that a unilateral, if not mutual, mistake permeated the … severance agreement”).

However, on appeal, the First Circuit was not so quick to dismiss the Executive’s claim for the significantly increased severance benefits as expressly set forth in the Separation Agreement. Ultimately, based on the disputed evidence regarding the facts and circumstances that led to the execution of the Separation Agreement, the First Circuit vacated the award of Summary Judgment in the Employer’s favor and remanded the case for further proceedings, allowing the executive’s breach of contract claim to move forward. See Dahua v. Technology USA, Inc. v. Zhang, 988 F.3d 531 (1st Cir. Feb. 17, 2021).

There are several important takeaways from the Dahua decision.

First and foremost, it serves as a powerful reminder that the precise drafting of employment contracts really does matter. As we previously addressed in the similar context, courts are reluctant to modify the express terms of a contract, and “generally will accord no deference to a party’s interpretation of a contract but, rather, will focus on the language of the instrument to effectuate its terms.” See Balles v. Babcock Power, Inc., 476 Mass. 565, 571, n. 12 (2017). This is particularly true, as was the case in Dahua, where the agreement in question was negotiated by high-level executives on both sides with the assistance of legal counsel.

The Court’s analysis also provides a helpful primer on the common law contract doctrines of mutual mistake and unilateral mistake. Under Massachusetts law, to succeed in reforming contract based upon a “mistake,” the moving party “must present full, clear, and decisive proof of a mistake.”

In the context of a mutual mistake, this requires showing: (1) the contract contained a mistake when it was made; (2) the mistake is shared by both parties; (3) the mistake relates to an essential element of the bargain; and (4) the party raising the defense did not bear the risk of the mistake.[1]

As illustrated by Dahua, the burden of establishing “full, clear, and decisive” proof of a mistake may often prove to be high threshold, not easily achieved, particularly at the Summary Judgment stage. While in Dahua, it appears that it is the employer that has the proverbial “egg on its face,” in other circumstances, it could easily be the other way around. Careful drafting and diligent review by experienced employment counsel is necessary in these situations. In the end, whether or not the executive in Dahua prevails on his $11 million severance claim, which is currently scheduled for trial in September 2021, will no doubt prove to be a costly legal battle that may have been avoided. 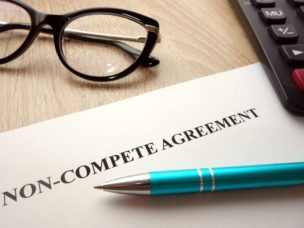