My friend, Phil, turned 60 last month. He’s one of the first among my “peer group” – the people I hang around with, in other words – to achieve this milestone. There will be several others in the months and years to come. What effect will all of these older Americans have on the real estate world?

America, as a whole, is getting older faster than previously thought. By 2030, around 20% of our country’s population will be 65 and over. Estimates state that by 2050 there will be triple the number of seniors 85+, or about 19 million of us.

Our cities and towns are changing as a result. As far back as the middle of the 20th century, planning professionals were focusing on how to make communities more senior-friendly. [Read this interesting study from 1961.] Currently, the U.S. Department of Housing and Urban Development offers grants to help municipalities become more “walkable,” with a focus on pedestrian signal timing to allow those who move more slowly to safely cross the street, better lighting, larger street signs, and more accessibility for those with mobility challenges.  In addition, there is a push for making public funds available to retrofit existing housing to enable seniors to stay in their homes longer. There may soon be a need to make changes to zoning and other regulations to increase the number of handicapped accessible spaces to accommodate those qualifying for HP plates and placards.

As the population ages, the demand for two types of real estate – senior housing and medical office space – are on the increase. CoStar Group recently reported that many major REITS are positioning themselves to take advantage of the senior housing market, some by selling off other types of commercial assets to free up cash. Large players in the senior housing arena include Health Care REIT, Inc., which has invested $4.3 billion in more than 120 Sunrise Senior Living properties, and Senior Housing Trust, based locally in Newton, which owns almost 400 properties. The need for medical office space continues to grow, particularly in areas of the country where high concentrations of retirees live. With the advent of the Affordable Care Act, an estimated 32 million more Americans will have health insurance by the end of 2016, which means a lot more office visits, many of which will take place in walk-in care centers or ambulatory medicine facilities.

The aging of the population is also having an effect at the very core of real estate buying and selling – real estate agents are getting older. In 2010, there were twice as many realtors over the age of 40 as there were younger agents. While some of these older brokers are less tech-savvy than their younger counterparts, they bring a knowledge of their market based on years of experience and customer service. Could this explain the success of Phil Dunphy?

Paula G. Curry is a partner in the firm’s Real Estate Department. 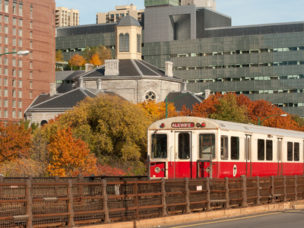